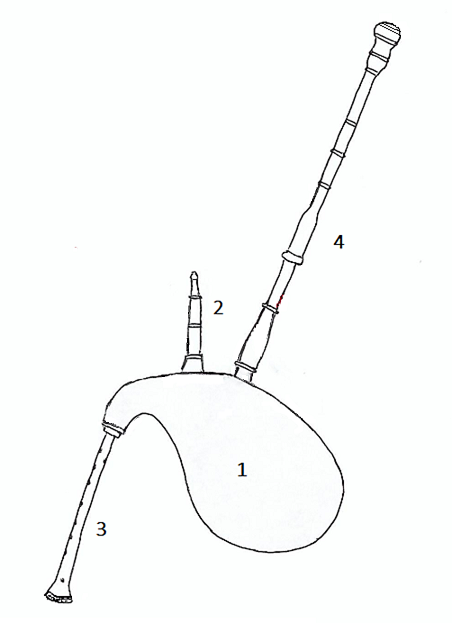 Main parts: NB: Some 50 countries have their own piping traditions. At present, the northernmost of them is Sweden, the westernmost is Ireland, the easternmost Myanmar [until 1989 Burma], and the southernmost India… Many consider the Scottish Highland bagpipe, however, as the epitome of all bagpipes. In my perception the explanation for this is quite simple: It is based on the instrument being used in the 1st World War to support the British troops (and scare off the enemies at the same time), a fact that is emphasised in many, mainly American, films...